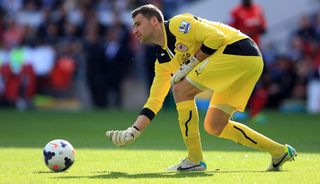 Marshall – who joined the Welsh side from Norwich in 2009 – is looking forward to returning to the club he spent two seasons at.

That is mainly due to the importance of the game though, with Cardiff keen to reverse a form slump which has them slide to 17th in the Premier League table.

Norwich are just a point behind them in 18th and Marshall knows matches against fellow strugglers will be vital in Cardiff's survival bid this season.

The Scotland international told WalesOnline: "It's a significant match for me against a club I played for.

"But it's huge for us as a whole. It's important we do well against teams around us."

Malky Mackay's team have made a mixed start to life in the Premier League, with their win over Manchester City followed by just one more.

Cardiff lost 4-1 at Chelsea in their last Premier League fixture on Saturday.