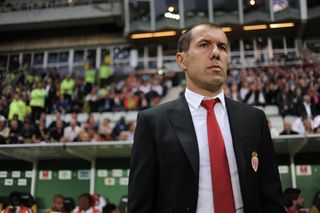 Last season's runners-up in France, Monaco's season got off to a poor start with back-to-back losses before Sunday's 1-0 victory at Nantes.

Jardim said he felt his men controlled proceedings at the Stade de la Beaujoire - Louis Fonteneau, with Radamel Falcao's goal on the stroke of half-time the difference.

"The game had two different times: the first 80 minutes where we had full control of the game by possession and the ball movement," Jardim said, according to L'Equipe.

"We scored the goal in the first 80 minutes. We had other opportunities through Valere Germain.

"The opponent had the penalty and once or twice [had chances] on counter-attacks.

"And the last 10 minutes where Nantes responded well and regained control of the match."

Jardim said holding onto a one-goal lead away from home taught him plenty about his charges, as they kick-started their campaign.

"That's where we saw that we were a real team and that was strong to the end of the game," he said.

"We saw Monaco play for 80 minutes with an impressive physique, all aspects, a team where all players have run a lot, have made great efforts with the ball.

"But it is not yet at the top physically. It is nearing the top level, you do it gradually."

Jardim said he felt the efforts of his men were gradually more prolonged, as they neared putting together a complete performance.

"We're pleased with the win for the players who have worked very hard this week in training, given this week," he said.

"It had been 45 good minutes in Bordeaux today we did 80, it is surging. It was important to win and it's even better when it is this way."