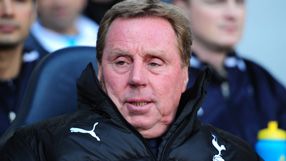 Spurs are keen on securing a place in next season’s UEFA Champions League and currently occupy one of the spots within the top-four.

However, despite being level with third placed Arsenal, they are still well within the sights of Chelsea and Newcastle United, who currently sit just five points behind the North London duo.

Redknapp concedes that squad rotation could prove key in the final run-in, with managers expected to shuffle their respective packs and hoping they get their selections correct.

"The key is finishing above Chelsea and Newcastle as well," the veteran tactician said.

"Four teams are scrapping it out and there's not a lot in it with seven games to go - us and Arsenal level, five points to Chelsea and Newcastle.

"Now we play Saturday and Monday, a long trip to Sunderland and Norwich at home - two tough games.

"Everyone will be juggling their resources. It will be the survival of the fittest."

Spurs’ recent win over Swansea City was their first in six games and remain one of the bookies’ favourites to secure a top-four finish, despite sacrificing a 10 point lead over fierce rivals Arsenal.