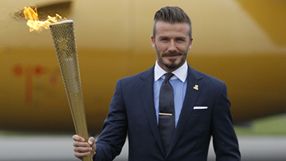 Former England international Beckham was seemingly a certainty to make the Team GB squad at this summer's London Games, but the 35-year-old confirmed on Thursday that he had been left out of the final party by Pearce.

His replacements are understood to be Welsh duo Ryan Giggs and Craig Bellamy, with Manchester City defender Micah Richards believed to be the third and final over-23 player.

Beckham played an influential role in bringing the Games to London back in 2005 when acting as an ambassador, and London 2012 chairman Sebastian Coe is set to offer him a role during the Olympics to compensate.

And former Tottenham Hotspur manager Redknapp, who attempted to lure Beckham to the North London club two seasons ago, believes Pearce’s reputation will now suffer as a result of the controversial decision.

"There is no doubt Stuart will have upset a few in high places. They would have loved to see Becks in there. I am surprised and sad that he isn't," he said, as reported by The Sun.

"Stuart can kiss goodbye to a knighthood but credit for being brave. He is the manager and should be allowed to pick who he wants."

Along with Redknapp, BBC pundit Alan Shearer has admitted his astonishment regarding Beckham’s omission from the team, believing the LA Galaxy man should have made the cut.

"I'm amazed as I thought he was going to be part of it after all he's done getting the Olympics to London,” he said.

"After putting him in the initial squad I can't understand this.

"If Stuart Pearce had no intention of playing him, the least he could have done was tell him earlier."