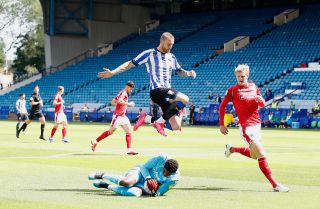 Technical issues saw some fans miss the opening exchanges of the Championship’s return.

With games being played behind closed doors due to the coronavirus pandemic, the EFL has enabled clubs to stream fixtures via the iFollow service or alternative third-party platforms.

However, complaints flooded in from angry fans at 3pm, with many saying no pictures were available on iFollow. Clubs using alternative services were not affected.

“The EFL is aware of an issue affecting some supporters attempting to currently log in to the iFollow service,” said an EFL statement at the time.

“We are working with our partners and suppliers to resolve the problem and apologise to supporters for any inconvenience caused.”

Thirty minutes later the league said the problem had been resolved, with eight games up and running at that point, with West Brom against Birmingham also being shown live on Sky Sports.