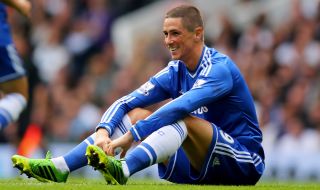 The Spain international moved to Stamford Bridge from Liverpool in January 2011, for a then-British record fee, but he has largely failed to recreate his Anfield form in London.

Torres has scored 36 goals for Chelsea in 139 outings, having managed 81 in just three games more for Liverpool.

However, Torres is confident that he can improve on last season's goal tally of 22 as he helped the club to UEFA Europa League success with a goal in the final against Benfica.

"The people are looking at me thinking I should do much better and it's true," he told Chelsea TV.

"The reason you pay that money for someone is that he has shown in the past he is worth that.

"Now what you have to show is you can have the same value or even more value for things you have done at Chelsea.

"I know I have many things to do at this club to give the confidence back to the owner. The amount of goals I scored last season should be the minimum.

"I want to ask that of myself but I have enough time. I signed a five-and-a-half year contract and I'm sure the future can only be better.

"There has been an overreaction about everything. Overreact when I did a miss or if I have a red card or I hit the crossbar instead of scoring a goal.

"It was a good season (last year), a good number of goals that gave us a chance to fight for trophies but if you ask the people, they will say he can do better, should do better.

Torres is currently sidelined with a knee injury and is targeting a return to fitness after the international break.