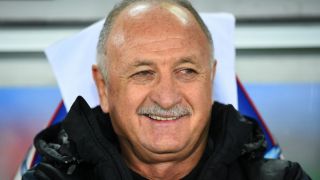 The holders travelled to South Korea without injured star striker Jackson Martinez and knowing that anything but a win would see them crash out of this season's tournament in the pool stages.

And goals from Ricardo Goulart and Gao Lin either side of half-time earned a crucial win. The top two in Group H, Sydney and Urawa Reds, meet on Wednesday.

Shanghai SIPG's impressive debut Champions League campaign continued with a 3-1 victory over Melbourne Victory that ensures they will finish top of Group G.

Suwon Bluewings leapfrogged Victory into second spot in the pool with a 2-1 win at Gamba Osaka.

Tractor Sazi sealed top spot in Group C with a 2-0 victory over Al Hilal, while Pakhtakor kept the pressure on the second-placed Saudi side by beating Al Jazira 3-1.

Group D leaders El Jaish were stunned by Al Ahli, who ran out 4-1 winners in Doha, and Nasaf are still in with a chance of qualifying for the knockout stages despite being held to a 1-1 draw at home to Al Ain.