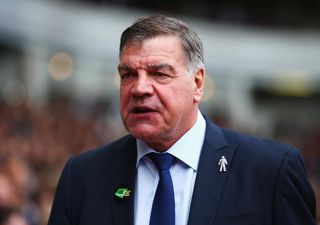 West Ham have been one of the surprise packages so far in the Premier League and an impressive 2-1 victory at champions Manchester City last week has left them fourth in the table.

However, manager Allardyce is concerned that some of his transfer window signings, including the likes of Diafra Sakho, Enner Valencia and Mauro Zarate, could be fatigued come the end of the season if they do not have a break during the campaign.

"The games come so thick and fast you are pushing to get them back when they are not really ready but you have to," Allardyce said.

"The squad still has to be fitter than now going into that period. New players - particularly Enner Valencia, Sakho, [Cheikhou] Kouyate, [Mauro] Zarate won't have hit that cauldron of mental and physical output during that particular [Christmas] period.

"All of those [players] normally have a break. If they fatigue and they need a rest, the rest of the squad has to be fit for us to give them that rest."

Allardyce stated that he once consulted on the issue with former Manchester United boss Alex Ferguson, who used to allow members of his squad a period of rest during the season.

"I remember speaking to Alex many years ago about the fact he used to send players like Cristiano Ronaldo and Nani away at Christmas: 'Off you go, go away for a week, back to Portugal, have a rest'," he added.

"They were finding it difficult to cope with that period so he gave them a rest and then brought them back in and they kick on.

"It's not your decision, it's mine and I do the job properly because I know what I'm doing."