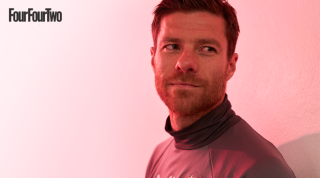 Spain were crowned world champions for the first time thanks to Andres Iniesta’s extra-time strike against the Netherlands, after a gruelling tussle in South Africa.

No fewer than 14 yellow cards were dished out during the 120 minutes in Johannesburg – more than doubling the previous record for a final set in 1986 when a mere six were shared between Argentina and West Germany in Mexico. Nine of the 14 bookings in 2010 were for Dutchmen and two were given to Everton defender Johnny Heitinga, who became the fifth player to be sent off in a World Cup final.

But referee Howard Webb has admitted that he should also have shown De Jong a red card for his first-half high boot into Alonso’s chest – later claiming his view of the incident was partially obstructed – instead of only cautioning the midfielder.

The recently-retired Spaniard explains that the reckless challenge left him in agony, and although he was able to soldier on until the 87th minute before being substituted, the pain remained as la Roja celebrated their success at Soccer City.

Speaking in the July 2017 issue of FourFourTwo, the ex-Liverpool and Real Madrid man says: “What did I think at the time? I didn’t think anything, as I was on the floor with no idea what had happened – I had to watch a replay on the TV screen!

“All I felt was extreme pain in my chest. My body was shaking, but this was the World Cup final – there was no way I was going off. I played for as long as I could.

“It felt like my body had been torn apart and then not put back together properly. There were a couple of stud marks but nothing else, as the impact was right on my ribcage. After Andres [Iniesta] won it for us, people were spraying water everywhere and I had to make them stop, as even that was hurting me! I had to say, 'Leave me with this pain!'”

Read the full interview with Xabi Alonso in July 2017 issue of FourFourTwo magazine, which is guest-edited by Barcelona star Lionel Messi and features the new boss discussing a selection of his career highlights. Also this month, we look back at the La Masia academy team he played in – featuring Cesc Fabregas and Gerard Pique – and profile the other members of the 500-goal club, which Leo joined during the week that he edited the magazine. Plus, we talk Inter, Champions League glory and 'that’ World Cup goal against England with Javier Zanetti, visit Argentina on its 'weekend of derbies', hear how Ralf Rangnick led RB Leipzig towards the top of the Bundesliga, and learn what Brexit will mean for football. Order it now, and then subscribe!