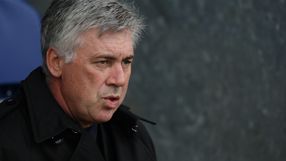 It was the first time for more than four years that Chelsea had lost consecutive Premier League matches and the Birmingham defeat came on the day that former assistant manager Ray Wilkins said he was taking legal advice over his recent exit from the club.

With skipper John Terry sidelined with nerve problems in his leg, Ancelotti is experiencing his most testing time since he took over at Stamford Bridge, although Arsenal's defeat by Tottenham at least meant his side remained top.

After last Sunday's 3-0 home reverse against Sunderland Ancelotti was scathing about his players, but he said the performance against Birmingham, who scored from their only effort on target, was a huge improvement for the champions.

"I have to say nothing to my team because everyone showed good spirit, good attitude, everyone wants to win, we played good football, had a lot of chances but we lost. It is a difficult moment but we don't have to lose confidence.

"I was really disappointed with the performance against Sunderland but this is different, just with the result. We have to know this is football and it's important to maintain confidence in our play and our ability.

"It is difficult to explain this defeat. Chelsea played a fantastic game and deserved to win."

Whatever Ancelotti says in public, he will be worried that his side's goal-blazing form of earlier in the season has evaporated. They have managed just one goal in their last four games which also included a 2-0 defeat at Liverpool.

They scored 17 goals in their opening four league games.

Striker Didier Drogba, so often Chelsea's match-winner, has managed just two league goals in the last two months while the side are clearly missing the midfield goal threat of Frank Lampard who has been out since August.

"Didier had a lot of opportunities but at the moment he is not so lucky," Ancelotti said. "We have to know that in one season it can happen to have this moment but I already said to my players don't lose confidence. We have to worry when we don't play good football.

Chelsea have the chance to snap out of their slump at home to Champions League lightweights MSK Zilina in midweek when they will again be without Terry and Lampard.

"We have to wait day by day (on Terry)," Ancelotti said, adding that Brazil central defender Alex, who played at Birmingham, could delay knee surgery.