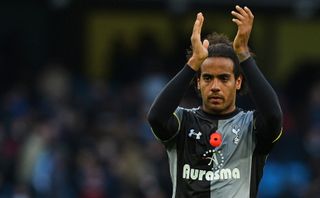 Huddlestone completed his transfer to the KC Stadium on Wednesday and he admitted that manager Bruce had been integral in convincing him to join.

The 26-year-old found his opportunities at White Hart Lane restricted last season due to injury and competition for places in the centre of midfield.

He made just 11 starts in the league under Andre Villas-Boas and is now looking forward to getting regular Premier League football.

"It's been a frustrating couple of years at Tottenham whether it be (because of) injuries or team selection," he told Hull's official website.

"Hopefully I can come here, cement my place in the starting 11, and do well for the club.

"I had a chance to speak to Steve Bruce and I liked his ideas, his role for me within the team, and what he wants the team to do and the way he wants them to play.

"Once I'd spoken to him my mind was made up really."

Huddlestone acknowledged that it was not an easy decision to leave Tottenham, but he is relishing a new challenge, which begins with a trip to Chelsea on Sunday.

"It's obviously very exciting times for the club," he added.

"I'll be ready to train (on Thursday) and then we'll see what the manager does for the game.

"They don't really come much bigger than Chelsea away, with Jose Mourinho returning and everything else that goes with it."