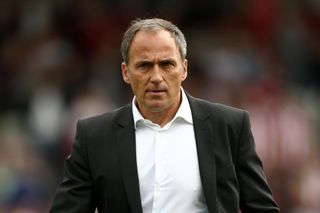 Alex Revell and Jonson Clarke-Harris struck after half-time to cancel out Mirco Antenucci's opener before the break to hand Rotherham all three points in Friday's Yorkshire derby in the Championship.

The Italian made no mistake on the half-hour mark, though, when put through by a well-timed Souleymane Doukara pass before coolly slotting past Adam Collin.

Rotherham's best chance in the opening period fell to Matt Derbyshire, but he could only shoot tamely at Marco Silvestri, although Revell did make the goalkeeper work harder with a looping header.

The home team were level on 58 minutes, though, when Silvestri did well to save a Lee Frecklington shot but Revell pounced on the rebound to strike.

Substitute Clarke-Harris then sent the home crowd wild seven minutes later when bagging his first goal for the club with a fine 25-yard effort that gave Steve Evans' team the win.