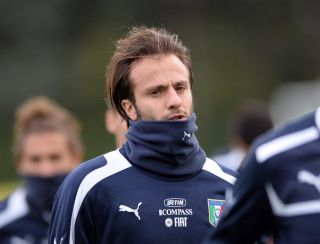 Former Italy international Gilardino – who joined Marcello Lippi's men last month – levelled after Eninho's opener in the 32nd minute, only for midfielder Szabolcs Huszti to ensure victory for Changhun nine minutes from time with his first goal since joining from Hannover last month.

That defeat means that the defending champions lead the way by just four points from Beijing Guoan – who have a game in hand – after they kept the pressure on with a 3-0 win at Shanghai Shenhua.

Guangzhou R&F dropped to fourth with a 1-0 home reverse to Shanghai Shenxin in a game that saw defender Zhang Yaokun dismissed for a second yellow card in the dying embers of the contest.

Shanghai SIPG took advantage to go third with a 2-1 success versus Hangzhou, Swedish attacker Tobias Hysen making it 13 for the season with what proved to be the decisive goal.

Shenxin are now four points clear of the relegation zone after second-bottom Liaoning Whowin were defeated 1-0 at Guizhou Renhe, midfielder Yu Hai settling the game in the home side's favour in the third minute of injury-time.

Meanwhile, Henan Jianye moved a point above the drop zone with a 1-1 draw with Dalian Aerbin.

Tianjin had led through first-half strikes from Eder Lima and Carmelo Valencia as the visitors looked to leapfrog Shandong into fifth place.

But Shandong showed great resolve in the second half, Walter Montillo pulling one back from the penalty spot in the 55th minute before striker Vagner Love netted his 14th goal of the season in the 90th minute to seal a share of the spoils.