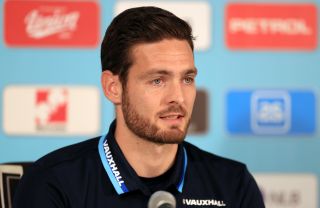 Craig Gordon rolled back the years to produce a piece of brilliance on his Hearts return as Robbie Neilson’s men beat Inverness 1-0 in their Betfred Cup opener.

Exactly 18 years after his Hearts debut, Gordon pulled off a stunning early stop to deny Daniel Mackay before Jamie Walker’s second-half penalty earned the home side the win.

The breakthrough came in controversial fashion as Steven McLean punished Cameron Harper for handball after Josh Ginnelly’s strike hit the full-back on the elbow in front of his chest.

Walker slotted home the 62nd-minute spot-kick to ensure Gordon and Neilson earned a winning return against another former Hearts favourite, John Robertson, as the Tynecastle side made their first appearance since defeat against St Mirren on March 12 ultimately consigned them to relegation.

Mark Ridgers, himself a former Hearts goalkeeper, had already made a double stop from Craig Wighton and Walker before 37-year-old former Celtic goalkeeper Gordon outshone him as he stopped Mackay’s diving header from six yards.

Ginnelly caused Inverness a succession of problems with some low crosses from the right but Wighton hit Hearts’ best first-half chance against the crossbar from eight yards.

Sean Welsh and Robbie Deas sliced decent chances off target for Inverness and the visitors suffered a blow when Shane Sutherland pulled up with a hamstring injury.

Ridgers pulled off a one-handed stop Gordon would have been proud of to deny Jamie Brandon before the breakthrough came from the spot.