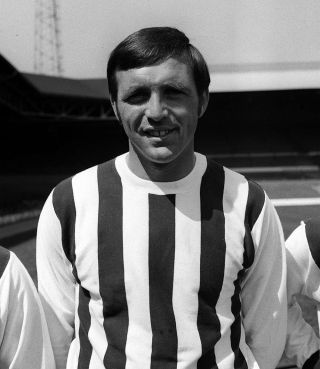 The reasons why former footballers are at greater risk of dying from neurodegenerative disease will be the primary focus of future research, the Football Association’s head of medicine has said.

The first part of the FIELD study, conducted by the University of Glasgow, matched former footballers with members of the general population and found the football group were three-and-a-half times more likely to die of a neurodegenerative disorder.

That research was published in October 2019, and Dr Charlotte Cowie at the FA says the next step is to fund research which looks at why there is that increased risk.

The FA's Head of Performance Medicine, Dr Charlotte Cowie, has provided a new update on research and progress made since publication of the FIELD Study in October 2019: https://t.co/sFVWqdDV3a. pic.twitter.com/IGk2lv1WYY— FA Spokesperson (@FAspokesperson) February 12, 2020

“The new research question will be: ‘What is the cause of the observed increased risk of death from neurodegenerative disorders in former professional footballers found in the FIELD study?’

“The aim will be to also address secondary questions such as the risk to current players, risks at different levels of the game, the nature of any risk in childhood, the risk in other sports and the risk in women’s as well as men’s football.”

The link between the impact of heading footballs and concussion and an increased risk of developing neurodegenerative disease has not been established, but Professor Willie Stewart, the leader of the FIELD study, told the PA news agency last month: “What we have is more than enough evidence, adding up over the decades and right up to the FIELD study at the end of last year, which says there’s a strong association between contact sports and development of dementia.

“And when we look at what is the common factor, exposure to head injury and head impact is the one thing that stands through.

“Now there may be other things we haven’t yet recognised, but Lord knows we’ve been working hard to identify them and we haven’t yet identified them.”

Cowie said the research taskforce would now work with football stakeholders to agree future funding and a potential timeline for the study, before inviting research teams from around the world to submit proposals.

Age-appropriate limits on the amount of heading under-18s do in training are set to be introduced by the FA.

The PA news agency understands the guidelines, which are still to be finalised, will place some restrictions on heading in youth football in England to address health fears concerning the impact of heading balls.

The Scottish Football Association is understood to be close to issuing a total ban on heading in training for under-12s.

In Wednesday’s statement, Cowie also referred to two ongoing studies being joint-funded by the FA and the Professional Footballers’ Association – the FOCUS study at Nottingham University which will look at brain function and joint health among former footballers, and the HEADING study at the London School of Hygiene and Tropical Medicine.

Trials of temporary concussion substitutes, alongside a 10-minute assessment period for players suspected to be suffering from concussion, could be approved later this month by football’s law-making body the International Football Association Board (IFAB).

At the UofG press conference for the FIELD study results, published today @NEJM, @UofGMVLS’s @WillStewNeuro says ‘This is the largest study to date looking at the incidence of neurodegenerative disease in any sport not just former professional footballers’ #WorldChangingGlasgowpic.twitter.com/HzmlxDjDIi— University of Glasgow (@UofGlasgow) October 21, 2019

The FIELD study compared deaths of 7,676 ex-players to 23,000 from the general population. The sample was taken from men who played professional football in Scotland, and were born between 1900 and 1976.

Professor Stewart said last month that the next part of the FIELD study would look at the mental health outcomes of the footballers compared to general population. The findings should be published in the next couple of months.

The study will then go on to look at its original sample of professionals and establish whether there are any inferences that can be drawn from the position or era they played in, and the duration of the players’ careers.