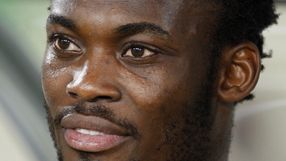 The Chelsea midfielder told Ghanaian officials he wanted a break, even though he missed the World Cup with a knee injury, and has not played in the Black Stars' three matches since their quarter-final exit at the tournament in South Africa in July.

Essien will now miss his country's next match against the Saudis in Dubai on November 17 having not been named in a 19-man squad announced by the Ghana Football Association on Thursday.

His Chelsea team mate Didier Drogba also asked for a rest from the rigours of the international game and the Ivory Coast striker has not played for his country since the World Cup.

The Ivorians face Poland away in a friendly on November 17 but have not yet named their squad.

Essien has suffered two serious injuries playing for Ghana with the last one in January ruling him out of action until the English Premier League season started in August.