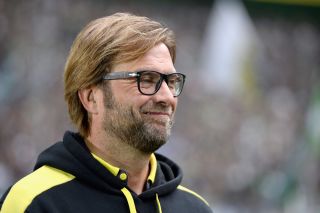 Klopp watched his side's 3-0 victory over Marseille in the competition last week from the stands after receiving a one-match suspension for confronting the fourth official in their 2-1 defeat to Napoli in September.

However, UEFA elected to further punish the 46-year-old for that transgression, handing him another ban, which will see him miss both encounters against Premier League side Arsenal.

The Dortmund boss did have the option to appeal, but he has instead elected to accept the governing body's decision.

"My main motive is that I do not want to trivialise my behaviour and deflect attention from it," Klopp said.

"I fully stand by my responsibility and accept the decision with a heavy heart."

The Bundesliga side travel to the Emirates Stadium on October 22, before welcoming Arsene Wenger's men to Signal Iduna Park on November 6.