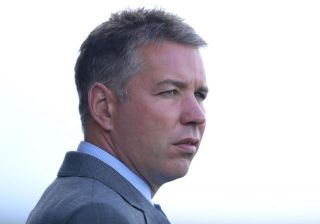 Darren Ferguson's side bounced back from their midweek defeat to Sheffield United to move within a point of early leaders Fleetwood Town, with the 21-year-old striker netting the only goal of the game at Valley Parade.

Vassell got on the end of a pass from Michael Smith to settle a tight encounter, further enhancing his growing reputation.

Newly promoted Fleetwood kept a third successive clean sheet to continue their flying start to life in the third tier but they were unable to find a way past Chesterfield as they dropped points for the first time this campaign.

Preston North End remain within touching distance of the leaders thanks to Jack King's fourth-minute strike against Oldham Athletic.

The midfielder scored early on at Deepdale to seal a 1-0 win as Preston climbed to third on goal difference ahead of Bristol City, who were denied a win as Ian Henderson's 56th-minute leveller grabbed Rochdale a 1-1 draw at Spotland following Luke Freeman's opener.

Danny Wilson's Barnsley side have put their opening-day defeat to Crawley Town firmly behind them and are unbeaten in the league since then, with Saturday's 4-1 win their biggest so far.

Dale Jennings - sent off in Barnsley's first game - made amends with the fourth goal at Oakwell after Conor Hourihane, Sam Winnall and Devante Cole had put the hosts in a commanding position.

Crewe's miserable start continued as goals from Yaser Kasim and Andrew Williams gave Swindon all three points, leaving Steve Davis' side the only team without a point after four matches.

Kyle Bennett's second goal of the season was enough to give Doncaster Rovers a 1-0 win over Colchester United, while Sheffield United recorded the same scoreline against Crawley.

Notts County went one better as they beat Port Vale 2-0 to become the first side to stop Vale scoring this season.

Meanwhile, Leyton Orient's hangover from their play-off final defeat last season continues as they were held to a goalless draw by Walsall.

There was also a goalless draw between MK Dons and Coventry City, while Scunthorpe United's 1-1 draw with Yeovil Town gave the former their first point.