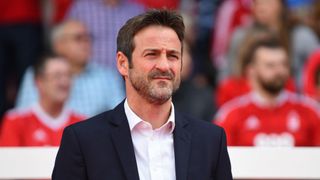 Cardiff City's winning run came to an end in the Championship on Saturday, allowing Leeds United to close the gap at the top to two points.

After five consecutive wins to start the season, Cardiff were held at Fulham while Leeds were rampant against Burton Albion and Wolverhampton Wanderers - now third - also won.

At the other end of the table, Sunderland slipped to a third straight league defeat and pre-season favourites Aston Villa drew at home to Brentford.

Both the Bees and Bolton Wanderers remain winless, after the Trotters were comfortably beaten by Middlesbrough.

While Cardiff remain top and unbeaten in the second tier, they are now just two points clear of Leeds after six matches.

Neil Warnock's side were grateful to Danny Ward for a late equaliser at Fulham, after Ryan Sessegnon's opener, but their result pales next to Leeds' 5-0 demolition of Burton.

Sunderland's bright start to the season has long since been forgotten as a third consecutive loss - at home to Sheffield United - left Simon Grayson's men 20th.

Clayton Donaldson netted twice on his debut for United to secure a 2-1 success and leave the promoted side fifth.

FULL TIME: Whistle goes on a disappointing afternoon on Wearside. An injury time Rodwell goal is not enough as United run out victorious September 9, 2017

Aston Villa, who had been expected to challenge for promotion, are echoing Sunderland's struggles, with a goalless draw against Brentford leaving both sides at the wrong end of the table.

Brentford are yet to taste victory, but they are kept off the foot of the table by Bolton, beaten 3-0 by Boro, who were lifted by a Britt Assombalonga double.

Reading were play-off finalists last season, but they are struggling to build momentum this term, losing again after beating Birmingham City before the international break.

Aden Flint scored for Bristol City late at the Madejski Stadium, while Norwich city were also 1-0 winners as Nelson Oliveira netted against Birmingham.

Preston North End and Barnsley are both alongside these teams in mid-table after a 1-1 draw at Deepdale.

In the late game, Sheffield Wednesday climbed into the top half with a 3-1 defeat of Nottingham Forest at Hillsborough.