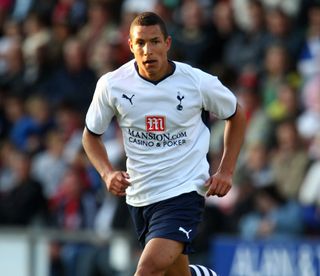 The 23-year-old arrived on a season-long loan from Tottenham on Wednesday, with Tom Huddlestone also joining the KC Stadium outfit on a three-year deal from White Hart Lane.

Steve Bruce's side face a baptism of fire when the newly promoted side start their season with an away trip to Stamford Bridge to face Jose Mourinho's Chelsea.

But Livermore is unfazed by the tough start and believes the club are well capable of asserting themselves in the top-flight.

He told The Yorkshire Evening Post: "It's a tough start but why not get teams like Chelsea out of the way first?

"There’s going to be a few people writing us off as a club but obviously the manager and the chairman are looking to make a statement with the signings they’ve made.

"I’m really looking forward to it. It’s going to be difficult but that’s the same for every side in the Premier League.

"Every club has different expectations put on them but I think Hull can surprise a few people this season. That’s going to be great to be part of."

Team-mate George Boyd echoed those sentiments and hailed the unity among the first-team.

The 27-year-old is about to embark on his first Premier League campaign after spending the majority of his career in the Football League.

"It's a dream come true. To go through everything that happens in the lower leagues, it makes it all the more special and to go out at Stamford Bridge on Sunday will be unbelievable," he told Sky Sports.

"The gaffer's been brilliant and the team unity has also been a big factor. There are no egos and we all want to go in the same direction.

"Chelsea is a big one with Mourinho back. That will be amazing just because of the stuff he brings to the table."