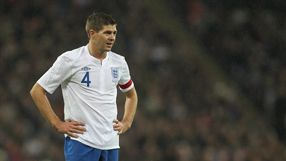 Burgess used the Twitter social networking site to call Capello's decision "amateurish," adding, "unbelievable from all associated with England and English FA with regard to SGs (Gerrard's) injury.

"Completely ignored agreement and past history. Completely amateurish and now we pay for their incompetence. Absolutely disgraceful."

His comments were on the site for 55 minutes before being deleted.

Capello, however defended his decision to keep Gerrard on the pitch until the 85th minute of England's 2-1 defeat by France.

Gerrard limped off with a hamstring injury that could keep him out for several weeks.

Liverpool's website said he would have a scan on the injury when he returned to their Melwood training ground on Thursday.

Capello explained: "I told Liverpool he would play for an hour if possible. With Garry Barry and Rio Ferdinand's also injured we needed a senior player on the pitch. I'm upset about Gerrard."

"Liverpool asked if he could play one hour if it's possible. They can't decide how long a player plays with the national team. If it's possible, he'd have played an hour.

"I understand why they're upset and I'm also upset. The problem is that, when you play this game on a Wednesday after a lot of Premier League, Europa League or Champions League games, it's possible there might be an injury for a player."

England were outplayed by France until the last few minutes of the match, and injuries to Gerrard, Barry and Ferdinand did not help lift the gloom at Wembley where thousands of fans deserted the stadium long before Gerrard's replacement Peter Crouch scored a late goal for Capello's side.

Ferdinand meanwhile admitted it was not a good performance by England, adding he came off as a precautionary measure because of a tight hamstring.

Although upset by the loss, Capello said it was important for him to see how debutants Andy Carroll and Jordan Henderson fared along with left-back Kieran Gibbs, who won his second cap.

"It was important that some of the young players played at Wembley against a really good team, important for the future," said Capello.

"I'm optimistic for the future of the England national team - when all the players are fit we have a really good team, but it's important the young players get experience.

Capello said he was delighted with Carroll's first senior appearance for England.

"I'm really happy for Carroll and his performance, he's a really good player for the future of England," added Capello. "We have found a good player and that's important."