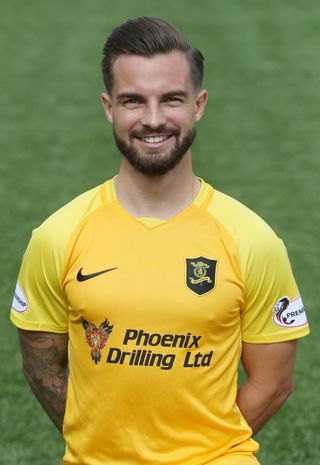 Craig Levein’s Hearts sit 10th in the Ladbrokes Premiership table ahead of the short trip to the Tony Macaroni Arena after picking up just one victory in their opening nine league games.

But they come into the game on the back of a 1-1 draw against high-flying Rangers and Jacobs knows Livi must look beyond their league position and see the quality they possess.

He said: “They’re still a really good team. They’ve not got off to a great start but you can’t be looking at a game against Hearts from their league position, you’ve got to look at them for the team they are.

“We go into the game with the same mentality as every week. We work on our own strengths, get in their faces and hopefully get the result.

“They’ll be looking to get the result as well so it’s going to be a tough game, I reckon.

“We just need to try and match them and do better than them.

“We’re by no means looking at it as an easy game. It’s going to be a tough game for us and we’re going to put everything into it.”

Livingston will be hoping to bounce back after they were beaten 2-1 by Kilmarnock last time out.

That defeat prevented them from building on the momentum gained when they beat champions Celtic in their last home encounter.

But Jacobs insists they have learned from the loss and are looking forward to taking on Hearts.

He said: “The boys are obviously disappointed after a defeat in a game we would have liked to have got some points from.

“But we’ve looked at it, seen what we can work on and are looking forward to the game against Hearts.”