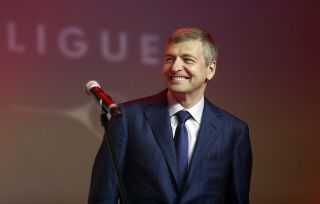 The club, who are second in Ligue 1, had refused to pay money to the LFP in relation to French tax laws because they are based in a principality.

However, they have now revealed that a deal has been agreed that will involve them paying voluntary contributions to ensure they can continue to participate in the top flight.

An official statement released on Monaco's website read: "By paying a single lump-sum voluntary contribution of €50 million, payable in installments, AS Monaco demonstrates its commitment to the French football and will thus continue its project to benefit all stakeholders.

"The shared history of French football and one of its most faithful representatives therefore possible to find a common ground to put an end to their dispute with the assurance that it cannot be challenged later."

Monaco's original stance saw a year-long battle between the two parties, and the club's owner Dmitry Rybolovlev is happy to have the issue resolved.

"Since the beginning, we wanted to find an intelligent outcome that suits each in a favourable negotiating climate," he said.

"The draft AS Monaco FC needed to draw up the French football (is done) and it is good that it has been understood."