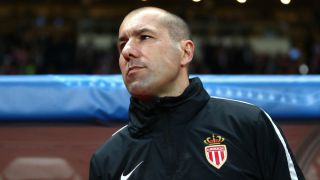 Monaco are without Rachid Ghezzal and Stevan Jovetic for Tuesday's Champions League clash with Besiktas.

Last year's semi-finalists have started their Group G campaign by taking just one point from two matches, and the absence of the key duo is a blow ahead of the visit of pool leaders Besiktas.

Ghezzal was rested for Friday's defeat to former club Lyon having returned from international duty with Algeria, and he has again not been included in Monaco's squad for this game.

Jovetic suffered a thigh strain with Montenegro at the start of the month and remains out, as does fellow forward Guido Carrillo.