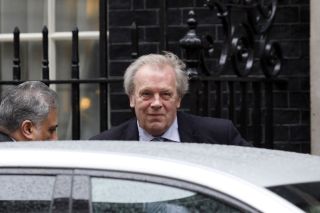 The player's union management committee have deemed that the reports are a personal issue and do not infringe on Taylor's ability to perform his role with the PFA.

"Whilst this is a private matter for Gordon, he has informed us that this dispute has been in the hands of lawyers for some time.

"For that reason, it would be inappropriate for us to comment specifically.

"We have discussed this with him and he has our full support.

"We recognise that gambling is part of our culture and part of football and it is for that reason that the PFA remains committed to continue in its work to raise awareness levels and educate."

Taylor has been a part of the PFA management committee since 1972, and was made chief executive in 1981.

It is the latest in a series of gambling related stories to hit football, after Andros Townsend was handed a one month ban (plus three suspended) and an £18,000 fine in June for breaching Football Association betting rules, while Cameron Jerome received a £50,000 penalty for a similar incident earlier this month.