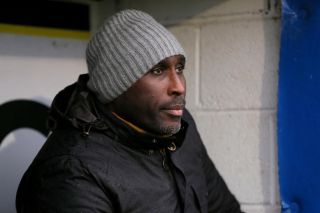 Southend have announced the appointment of Sol Campbell as their new manager.

The former England centre-back, who left his role as Macclesfield boss in the summer, has signed a deal until the end of the 2021/22 season at Roots Hall.

Campbell takes over a team second from bottom of League One with just one win from 13 games.