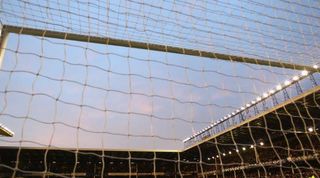 At the other end of the table, Sisaket claimed just their fourth win of the league campaign, beating fellow strugglers Samut Songkhram 2-1 to climb out of the relegation zone.

Leaders BEC were held 1-1 at home by TOT, with Noppol Pol-udom's stoppage-time strike for the visitors cancelling out George Welcome's first-half opener.

Muang Thong earned a credible 0-0 draw at defending champions Buriram United, who continue to sit in the relatively unfamiliar surroundings of mid-table.

And those two results paved the way for Chonburi, who were indebted to efforts from Anderson dos Santos and Korrakot Wiriyaudomsiri in a 2-0 victory.

Also on Sunday, Sisaket scored in either half through Sarayuth Chaikamdee's penalty and a Gorka Unda strike to move up to 14th, and Singhtarua came from two goals down to draw 2-2 at 10-man Songkhla United.

Lowly Police United were the only team to win on Saturday - 1-0 at Ratchaburi - with PTT Rayong held 1-1 by Bangkok United, and Army United taking a 1-1 draw from their trip to Suphanburi.

The final two matches of the weekend saw Chiangrai United beat Osotspa 2-0, while Bangkok Glass came from behind to beat Chainat Hornbill 4-1.