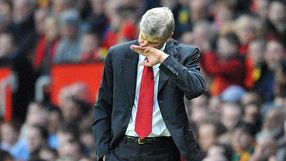 Both had been charged with improper conduct following their angry protests to referee Massimo Busacca at the end of the last 16 second-leg match at the Nou Camp on March 8.

"The UEFA Control and Disciplinary Body today decided to suspend Wenger and Nasri for one European match each, with the punishment applying to the next UEFA club game for which either man will be eligible," UEFA said in a statement following the decision by a disciplinary hearing at its headquarters.

Wenger and Nasri were furious over the sending off of Robin van Persie, who was shown a second yellow card for kicking the ball away after the whistle had sounded for an offside decision.

Barca won the match 3-1 to complete a 4-3 aggregate victory.

Wenger described the decision by the Swiss official as "embarrassing" and was even more annoyed when UEFA decided to open disciplinary proceedings.

"We all understand that you can make wrong decisions but after that it becomes dictatorship, it's not any more common sense," Wenger said.

"It would be good for UEFA to show some humility, to apologise for what has happened."

UEFA also suspended Tottenham Hotspur assistant manager Joe Jordan for one European match following his confrontation with AC Milan midfielder Gennaro Gattuso during and after their Champions League clash at the San Siro on February 15.

Gattuso was handed a four-match ban earlier this month for headbutting Jordan.