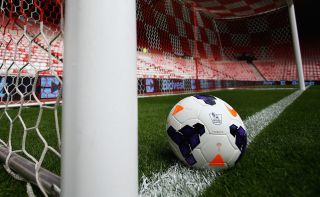 Those involved had already been disciplined by their member associations, but will now be barred from all football-related activities globally for the duration of their respective suspensions.

Lebanese officials Ali Sabbagh, Ali Eid and Abdallah Taleb were each punished - the former receiving a lifetime ban and the others being suspended for 10 years - for their involvement in the manipulation of an AFC Cup match in 2013 after being found guilty by an AFC disciplinary committee earlier this month.

The global governing body will also recognise the Football Association suspensions dished out to Hakeem Adelakun and Michael Boateng, who were both charged with conspiracy to defraud by the UK National Crime Agency in December.

In Slovakia, Ivan Hodur, Marian Dirnbach, Michal Dian and Tomas Huber will serve worldwide bans ranging from 14 to 25 years over manipulation charges relating to a number of matches in the country's top flight.

Finally, two El Salvadorian players have been suspended in separate cases involving the nation's 'A' team.

"The decisions by the chairman were duly notified to the respective confederations and member associations on 28 January 2014."