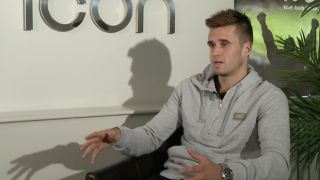 The modern day full-back has a lot to contest with. If they’re not busy stopping a winger in their tracks, they’re trying to shackle a winger-cum-striker playing in a fashionable 4-3-3 or 3-4-3 formation.

If that wasn’t enough for them to deal with, they have the opposition’s full-backs bombing forward. It’s a nightmare.

Playing in the cut and thrust of the Premier League, Arsenal full-back Carl Jenkinson quickly learned how to adapt to different attacking formations.

The former Charlton defender has now faced forward lines from the Premier League and Champions League and at international level.

To help fast track your learning curve FFT spoke to Jenkinson about what he learnt.

Don’t caught out by the opposition, watch this video interview with Jenkinson and equip yourself with the necessary tactical nous.