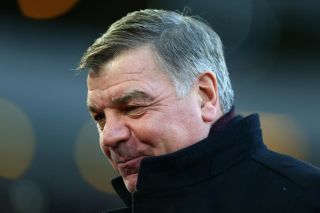 Downing struck the second goal for West Ham - his third league goal of the season - to secure the points, but it was the 30-year-old's all-round performance that left his manager happy.

There were also words of praise for Andy Carroll after he netted his third goal in as many games to break the deadlock at Upton Park, the striker racing on to a short backpass from Paul Kochesky to score.

Victory ensured West Ham will sit fourth at Christmas for the first time in almost 30 years, and Allardyce was keen to spread the festive cheer.

"Our most creative and best player by far player scored the second goal," he said of Downing. "His outstanding contribution on a regular basis has been a revelation for us this season.

"I think the whole team is playing really well, but Stewart crowned another performance with a goal.

"And it is not only the goals but the chances he creates for the rest of the players.

"It was [also] a very composed finish from Andy, I was very pleased he put that in having missed an easier chance before that.

"He showed how quick he is over the ground, he never allowed the defender to get close to him and that gave him the opportunity to score."

Having endured a season of struggle and discontent from the stands last term, West Ham's form has been one of the Premier League's biggest surprises this term.

Allardyce added: "We should enjoy the moment for as long as it lasts, hopefully it'll last for a good while yet.

"At the moment we're living with it [the pressure], enjoying it, the players have applied themselves magnificently and they are reaping the rewards."