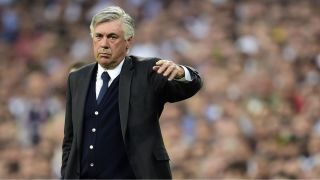 Ancelotti will officially take charge at Bayern next Monday, taking over from Pep Guardiola, who was presented as Manchester City manager this week.

Khedira worked under Ancelotti during his time at Real Madrid, winning the Champions League in 2014.

And the current Juventus man is full of praise for his for his former boss.

"The door to his office was always open, he always took the time," Khedira told Sport Bild. "He never really screams. I have never experienced that 25 players are never mad at their coach in some way. Ancelotti has perfected team leadership.

"The fact that stars like Sergio Ramos and Cristiano Ronaldo wanted to keep hold of him against the will of the club [Real Madrid] is already something extraordinary.

"In summary: tactically and technically he is great, but most outstanding are his human qualities.

"Ancelotti will do Bayern good and make them perhaps even more dangerous."