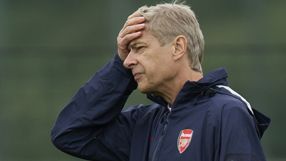 Arsenal, who have been criticised by fans for lagging behind rivals such as Manchester City and Manchester United in investment on the playing front, said player wages increased to 124.4 million pounds from 110.7 million pounds the year before.

That represented 55.2 percent of total football revenues, a sharp increase on the 49.7 percent level seen the previous year.

Despite the increased investment, the club lost top players Cesc Fabregas and Samir Nasri during the close season and currently languish in 13th place in the Premier League after six games.

"Our primary objective, as we take the club forward, will always be success on the field," Chief Executive Ivan Gazidis said in a statement on Friday.

"To give the club the best opportunity to achieve this, we must drive a virtuous circle of increased revenue, increased investment in the team and a larger engaged fan base and we must do this in a way which is self-sustaining and protects the long-term future of the club."

Arsenal said revenue decreased to 255.7 million pounds from 379.9 million the year before, reflecting the expected lower level of sales of apartments at Highbury Square, the site of their old stadium.

Broadcasting revenue was marginally higher at 85.2 million pounds from 84.6 million the year before due to the club's extended runs in the FA Cup and League Cup.

The 2011/12 season will be the first year clubs will be assessed under UEFA's new Financial Fair Play rules, designed to stop clubs spending more than they earn, and Gazidis said the club are well placed to comply with the new regime.