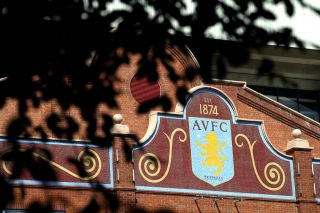 The 16-year-old Barry rejected a senior contract at boyhood club West Brom and joined Barcelona in July 2019, but has now returned to England to sign for one the Baggies’ fiercest rivals.

“This sends a powerful message about the ambition of this football club,” said Harrison.

“We’re delighted, Louie is a local person and his family are all Villa fans, as is Louie.”

“He is still a very young man but as he’s developed he’s always been one player that you always recognise as having outstanding attributes,” Harrison told Villa’s official club website.

“He’s got a fantastic mentality, he’s desperate to do well for this football club.

“He’s really driven, he’s got great family support, but in terms of what he can achieve, we firmly believe that he can be an outstanding number nine for this football club.”