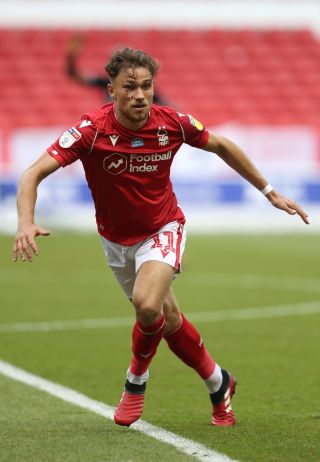 Manager Dean Smith was able to convince Cash to sign a five-year deal at Villa Park, spurning the advances of a clutch of rival Premier League clubs.

The 23-year-old made 141 appearances across six years at Forest, and is the latest City Ground product to secure a top-flight move.

Absolutely buzzing to have signed a 5 year deal at Aston Villa. Something I’ve always dreamed of since I was a young boy to play in the premier league, it really is a dream come true. I can’t wait to meet up with the squad, meet everyone around the club and the supporters! #AVFCpic.twitter.com/o9QU7sESK1— Matty Cash (@mattycash622) September 3, 2020

“We are delighted to welcome Matty to Villa and believe we have secured one of England’s brightest young prospects,” said Villa boss Smith.

“He has an excellent playing record for a young player and we believe he will settle in easily and continue his rapid development into a top full-back.”

Cash confirmed he had signed a five-year deal at Villa Park, revealing his delight to make the top-flight step up.

“Absolutely buzzing to have signed a five-year deal at Aston Villa,” he tweeted.

“Something I’ve always dreamed of since I was a young boy to play in the Premier League, it really is a dream come true.”

The Slough-born defender admitted he had jumped at the chance to join Villa, as soon as he heard of the club’s interest.

“My agent rang me and said that Villa were interested, and immediately it was the place I wanted to come to,” said Cash.

“I said ‘don’t even worry about anywhere else, I want to come here and play’.

“It’s been a crazy journey from the age of 17, getting released at Wycombe Wanderers to kicking on.

“I had a very good five years at Forest and I can’t thank them enough – they were very good to me.

“Signing for Villa is a huge moment, and I want to thank everyone who’s supported me through this process.

“I’m coming off a good season and I’m ready to take that into the Premier League with Villa.”