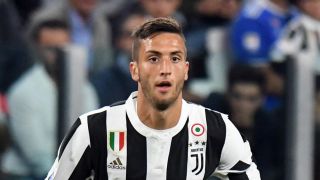 Juventus midfielder Rodrigo Bentancur is excited by the "derby fever" in Turin ahead of Sunday's Serie A meeting with Torino.

The champions will move above Napoli into top spot - at least temporarily - if they avoid defeat at Stadio Olimpico, with Maurizio Sarri's side hosting SPAL later in the day.

And Bentancur, who has made 12 appearances in his debut Serie A season, is keen to add to his existing experience of local derby meetings.

"In Argentina alone, I played in six derbies for Boca Juniors against River Plate," the 20-year-old told the Juventus website.

"It's a special match and in Buenos Aires, the fans get really fired up for the occasion.

"However, I have to say that even here in Turin there's 'derby fever' in the air so to speak and recognition across the city that another classic encounter is on the cards.

"We're training hard and as of tomorrow we will focus on our opponents. Torino are a tough team to come up against and we must be on our toes for players like [Andrea] Belotti.

"He is a bit like [Gonzalo] Higuain for us: they're top strikers, who score goals that only they know how to. They have excellent technique."

Good training today and ready for the on Sunday  February 15, 2018

Higuain hit out at "armchair critics" after he was slated for hitting the crossbar with a penalty with the score at 2-1 in Juve's 2-2 Champions League last-16 draw at home to Tottenham on Tuesday, although the Argentina international had hit his side's two goals in the opening nine minutes.

"Missing a penalty can happen once in a while, but let's not forget that Higuain played an amazing game against Tottenham," Bentancur added.

"We must be positive and go to London [for the second leg on March 7] looking to play for a place in the next round.

"We have missed [Paulo] Dybala and we're happy that he has returned to group training. It will be a boost for us that he gets back to linking up with the likes of [Miralem] Pjanic and Higuain again."