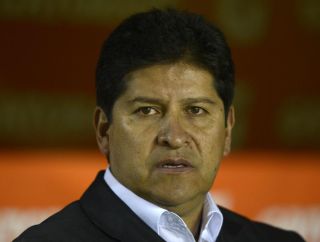 Bolivar have a game in hand on Eduardo Villegas' side, but Mojica's 42nd-minute spot-kick could be decisive at season's end.

Danny Bejarano was sent off for Oriente Petrolero late in the first half, before frustration got the better of Bolivar after the break.

Wilstermann are also six points adrift after their 10-man side were thrashed 4-1 by The Strongest.

The Strongest struck twice in each half with Rodrigo Ramallo, Abel Mendez, Pablo Escobar and Alejandro Chumacero on the scoresheet.

Petrolero Yacuiba enjoyed a 3-0 victory at home to San Jose, while Sport Boys drew for the ninth time in 16 league matches by holding Blooming to a 1-1 result.

Club Universitario's strong finish saw them to a 2-1 win over Nacional Potosi, with Jorge Flores and Claudio Mosca scoring in the dying stages.