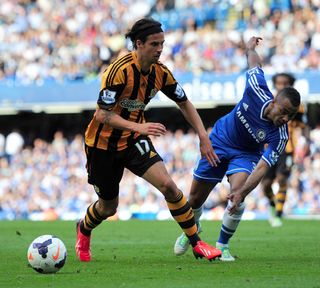 Steve Bruce's men were promoted back to the Premier League last season and they have started life in the top flight well, with wins over Norwich City, Newcastle United and West Ham leaving them 10th in the table.

And though Boyd says the club's main priority is to stay in the Premier League, he says the League Cup campaign represents their best chance of success.

"Of course our biggest aim is to stay in the top flight, that's our priority, but we also want to try and do well in the cup competitions," he told The Daily Star.

"And, in our case, the League Cup probably represents our best chance of success. Obviously, recent seasons have suggested it is not as important to the bigger clubs, which means it's a competition that is up for grabs.

"Swansea showed what can be done by winning it last year. Hopefully, we can follow in their footsteps this season.

"We have got a fantastic opportunity and it is one we are determined to take. With a place in the Europa League on offer to the winners, it is a competition we are taking very seriously.

"This club has never competed in European competition and it would be great to be part of a Hull team which made that happen."

Hull will continue their League Cup campaign with a fourth-round fixture at Tottenham on Wednesday.