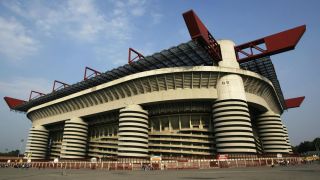 AC Milan will be unable to play in the 2018-19 Europa League after being banned from UEFA competition due to breaches of Financial Fair Play (FFP) and licensing regulations.

UEFA announced a decision on Wednesday that sees Milan "excluded from participating in the next UEFA club competition for which it would otherwise qualify in the next two seasons".

The ruling is subject to a potential appeal to the Court of Arbitration for Sport.

Milan qualified for the Europa League group stages by finishing sixth in Serie A last season following a resurgence under Gennaro Gattuso.

Though they will not, as it stands, be permitted to compete in Europe's second-tier club competition, Milan will be free to play in the Champions League or Europa League in 2019-20 should they qualify for either tournament.