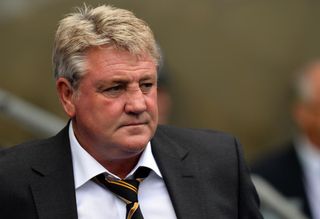 Both teams clinched promotion to the Premier League last term as Cardiff were crowned Championship champions and Hull joined them by securing the second automatic spot.

Just a point separates Cardiff and Hull after the opening three games as the two clubs have acquitted themselves well in the first month of the new campaign.

Bruce has targeted this weekend's encounter with Malky Mackay's side as a game both sets of players will believe they can win as they go in search of securing top-flight status come May.

He said: "These are types of games that will define our season and Cardiff will be saying the same thing themselves.

"They will have marked this down as a fixture that they think they can get something from.

"We're against a side that we think is going to be around us in the table and if you can turn those sides over, it's a big feather in your cap and helps enormously.

"It's a big game for us at home. It'll be harder than our last game as well because nobody expected us to do anything against Manchester City.

"The way we played there delighted me because we took part in the game.

"It's important that we play with that same freedom (against Cardiff) and that we express ourselves and go and play. Once you start getting nervous and edgy, it doesn't do anybody any good.

"That was how we tackled the Championship last season and it's what we want to try and do in the Premier League this year. We want to play without the fear and go out there and have a go."