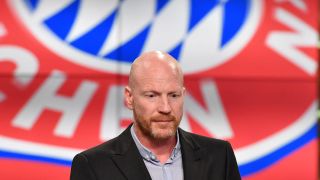 The '50+1' ownership rule which governs German football is "counterproductive" and holding clubs back, according to former Bayern Munich sporting director Matthias Sammer.

In order to secure a competition license for the Bundesliga, German clubs need to own the majority of their voting rights, generally limiting the potential influence of external investors.

As long as they own at least 50 per cent plus one additional share, thus ensuring they have a majority, the club is allowed to sell the other shares to other investors.

There are no such laws which govern the majority of Europe's other leagues, however, and although Sammer recognises that the '50+1' rule keeps the Bundesliga "clean", he thinks that it may hold the competition back in other respects.

"It is nice for a clean league, but it is counterproductive for the competition," he told Bild.

"The league needs to think about it. If it does not change things, things may get dramatic.

"It's all about; how can other clubs create better conditions with investors, for example?

"Otherwise it could be that the Bayern are never caught up if they make no major mistakes.

"You see it in an international comparison – the Bundesliga has to catch up again. They must also have the courage to improve things.

"This is not a pollution of one's own product when you try to identify things analytically and factually in order to initiate development.

"But where is the one who really can judge [to make a decision]? I don't see him."