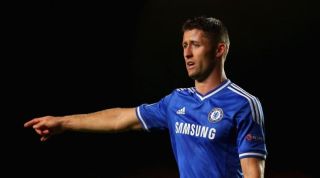 The centre-back, who played the full 90 minutes in the opening-game win over Burnley on Monday, has won the FA Cup, UEFA Champions League and Europa League with Chelsea but the Premier League crown has eluded him.

He has seen the likes of Frank Lampard and Ashley Cole depart Stamford Bridge in recent times, but Cahill believes the squad has been strengthened with the signings of Cesc Fabregas, Diego Costa, Filipe Luis and the returning Didier Drogba.

"The nature of football is that players grow older and move on," he told the club's official website.

"We have had some legends that have just left the club so they're big shoes to fill for any player coming in, but we have made some very, very good additions to what was already a strong squad.

"The Premier League is so competitive now. Every year squads seem to improve. You look at who could win the league this season and you probably have six or seven teams that could realistically do it.