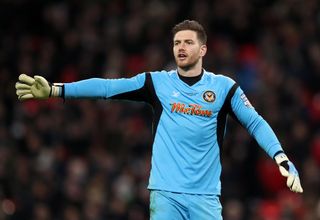 Cardiff goalkeeper Joe Day has joined AFC Wimbledon on loan until the end of the season.

The 29-year-old has received international clearance in time to be part of the Dons squad for tonight’s home fixture with Burton in Sky Bet League One.

AFC Wimbledon manager Glyn Hodges told the club’s official website: “Joe is an experienced goalkeeper, who has played over 200 games for Newport.

“He moved from Newport to Cardiff and has been around the first-team squad, so we are lucky to get him.

“At one stage it looked like he wasn’t coming, that’s why these things take time, but he has signed for us and we are looking forward to having his experience during the business end of the season.”

Day, who will wear the number 21 shirt, added: “The story of the club and what it has achieved in getting back up into League One – to come in and be a part of that as a player is great.”