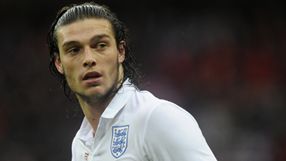 Carroll has made a great start to the season with Newcastle as his all-action approach has produced seven goals. However, the 21-year-old's off-pitch activities have also caught the attention of the media as well as the England manager.

"He's a good player and I think he will understand that to stay with the seniors it will be really important for him because all the people, the newspapers will be focused on his life," Capello told a televised news conference.

Carroll was fined $1,574 last month after admitting he had assaulted a man in a nightclub, which left the victim with a head injury requiring hospital treatment.

Capello believes Carroll will learn from the episode.

"I didn't select him in the last game we played (against Montenegro) because the FA, myself and Stuart Pearce decided it was not okay. I think this was really important for him and for us. Since them I think he learned something about this."

England captain Rio Ferdinand welcomed the striker's inclusion. "He's a real talent - someone who's going to make it awkward for opponents to play against," he said.

"There's nothing better than seeing a young lad get his first cap. I hope they go out and enjoy it and play the way they have for their clubs."

Ferdinand's central defensive partner on Wednesday is still to be decided. John Terry misses the game with a sciatic nerve problem that could keep him out of action for several weeks, while Phil Jagielka missed training on Tuesday through illness.

Arsenal midfielder Jack Wilshere will miss the match and has returned to his club for treatment on an injury.

Goalkeeper Joe Hart also picked up a knock in training but is expected to be fit to play.