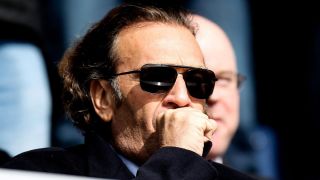 The controversial former Cagliari chief was issued a ban for a second time as a result of Italian tax offences relating to non-payment of VAT on a car registered in his name.

The Football League stated that the decision made by an Italian court in June this year  "constitutes a disqualifying condition under the Owners' and Directors' test", but Cellino has lodged an appeal just hours before the imposed deadline.

"The Football League can confirm that the legal representatives of Leeds United president, Massimo Cellino have lodged an appeal against his recent disqualification under the League’s Owners' and Directors' Test," a statement released on Wednesday read.

"The appeal will be heard in due course by an independent League Arbitration Panel."

Should Cellino's appeal prove unsuccessful, it is understood that he is likely to face a ban lasting until June of next year.

Cellino was disqualified for the first time in December 2014 after being found guilty by a court in Cagliari of the non-payment of import duties on a boat.

That sanction was subsequently extended until the end of last season – meaning Cellino could not act as a "relevant person" at the Championship club until May 3.

"I don't know him enough to know if I can ever tame him," Evans said.

"Everyone is aware of the coaches who have been here and left. But my job is to believe in myself and believe if I win matches there'll be enough people, including Mr Cellino, who want me here.

"When I've spoken to previous Leeds coaches they speak about what a club this is. It's not until you become part of it you realise how frightening it is."