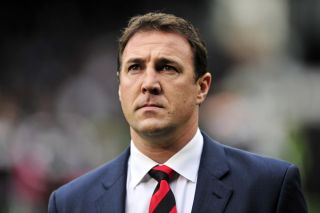 Following the sacking of Uwe Rosler, the Scot was announced as the new man at the helm at the DW Stadium on Wednesday.

After being dismissed from Cardiff City in December, Mackay was close to taking over at Crystal Palace in August before he was reported to the Football Association over text messages he exchanged with then Cardiff head of recruitment Iain Moody, which he admitted were "disrespectful of other cultures".

Having now taken the reins at Wigan, he is tasked with turning around the team's torrid form.

Play-off semi-finalists last season, they have won just three of their opening 17 league fixtures, a run which sees them languishing in the relegation zone ahead of Saturday's meeting with third-placed Boro.

Just above Middlesbrough, the top two of Derby County and Bournemouth face direct challenges to their positions in the Championship's automatic promotion places this weekend.

Bolton Wanderers' 3-1 defeat of Wigan spelt the end for Rosler and Neil Lennon's men face another struggling side from their region when they travel west across Lancashire to take on basement boys Blackpool, while the all-Yorkshire clash between Huddersfield Town and Sheffield Wednesday is Saturday's early kick-off.

The latter game begins the weekend's action alongside Cardiff's match with Reading in the Welsh capital, where a win is important for both teams' aspirations to get in touch with the pack of teams chasing play-off spots.

Just one point separates Blackburn Rovers in seventh and Norwich City in 10th and each have home encounters with Leeds United and Brighton and Hove Albion respectively.

Wolves and Nottingham Forest are a point and a place either side of Norwich, and the pair face each other at Molineux.

Second-bottom Birmingham City are unbeaten in three outings under new manager Gary Rowett and could climb out of the relegation zone with a win at Rotherham United.