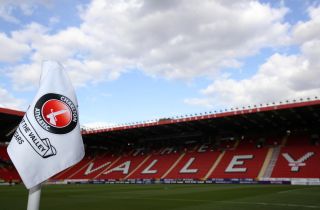 Charlton are on the verge of being taken over by an international group, club representative Lieven De Turck has said.

De Turck, who was placed in charge of talks to sell the Sky Bet League One club by owner Roland Duchatelet, revealed the group were coming to the “final stages” of completing a takeover after agreeing a price and were in due diligence.

Speaking at a fans’ forum event, De Turck said the group “have the money and a previous experience in English football” and he felt that Duchatelet would not own the club next season.

De Turck confirmed two more parties – one of which is linked to an Australian consortium and the other a British group – remain in negotiations to buy the club.

He said that all three parties want to complete the deal before the end of June so they can prepare for the 2019-20 season.

De Turck denied that Duchatelet, who has been looking to sell Charlton since the end of 2017, had set an asking price of £65million.

Belgian millionaire Duchatelet, who also owns majority shareholdings in clubs in Germany, Hungary and Spain, suggested in February that the English Football League buys the south London club and rents the stadium and training ground back from him.

But the EFL dismissed Duchatelet’s idea, citing regulations over dual interests, with Charlton supporters also rejecting it unanimously as “unfeasible”.

Charlton are currently fifth in League One on 82 points, with a place in the end-of-season play-offs already assured.

De Turck said negotiations continue with manager Lee Bowyer over a deal to remain at The Valley.

The former England midfielder was appointed in March 2018.

But Bowyer, speaking ahead of the Addicks’ trip to Gillingham on Saturday, said: “I’ve not heard back since the last time so there’s nothing to report.

“It is what it is. I can’t control it. I think everybody knows me now, if it’s something I can’t control then it doesn’t really affect me that much because there’s no point worrying about it.

“Like I said, I’m sure that he will come back to me with something and then we’ll go from there.”