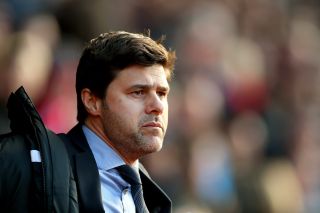 In an end-to-end game full of chances, Southampton held their own until the hour-mark when Fernando Torres headed in from close range.

Substitutes Willian and Oscar wrapped up the win as Chelsea finished full of running in an impressive display.

And Pochettino felt the first goal changed the match, before conceding his side could not cope with their in-form opponents.

"Up until the first hour we were playing quite well. We were controlling Chelsea, I think.

"We were quite unlucky in the first goal that we conceded. The ball took a deflection from (Calum) Chambers, it hit the post, and Torres just found it there to head in.

"When Chelsea brought in Willian and Oscar that completely changed the match. That opened up a lot more spaces for Chelsea. It made things very difficult for us.

"Chelsea were feeling a lot more comfortable, it re-vitalised Chelsea. It made it quite difficult for us to get back into the game."

Pochettino was pleased with the effort of his players though, and did not blame them for Chelsea's fine win.

"I'm very happy with the players' performance," he added. "I think they played quite well up until the moment we conceded that first goal.

"After conceding, Chelsea were a lot more relaxed. We had to risk a lot more. We had to open up the spaces a lot more and Chelsea took advantage of that.

"Chelsea showed why they are such a great side. They were a lot more decisive and they just controlled the game."

Southampton remain ninth in the Premier League table, with 27 points from 20 matches.