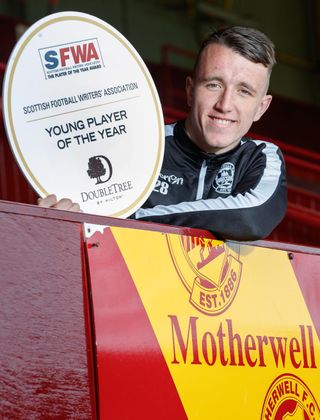 The 19-year-old scooped the prize after netting 13 goals in 29 Ladbrokes Premiership games during his breakthrough season at Fir Park.

The award is open to all Scottish players born during or after 1997.

Turnbull – who has two years left on his contract – recently scooped five prizes at his club’s annual awards night and was also on the shortlist for the PFA Scotland Young Player of the Year, which was won by Ryan Kent of Rangers.

Other winners in the SFWA annual awards will be announced over the course of the next week before a dinner at the Doubletree By Hilton Hotel in Glasgow on May 19.