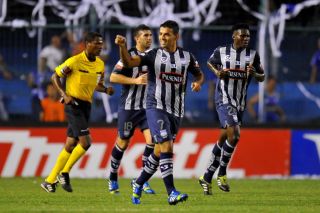 Luis Escalada and Angel Mena were both on the scoresheet in the first half as Emelec took an unassailable five-point lead at the summit with just one round remaining.

Second-placed Independiente del Valle (39 points) were 3-0 winners over cellar-dwellers Deportivo Cuenca but it counted for little as Emelec emerged triumphant on home soil.

The defending champions were made to wait for the title, following a shock 1-0 loss to Cuenca last time out, but they finally got their hands on the piece of silverware thanks to a dominant opening period at the Estadio George Capwell.

Escalada made the breakthrough in the 14th minute before Mena doubled the home side's lead and put the result beyond doubt with a goal of his own eight minutes later, as Emelec qualified for both the Copa Libertadores and Copa Sudamericana in 2015.

Elsewhere on Wednesday, third-placed LDU Loja closed to within three points of Independiente after recording a narrow 1-0 victory over LDU Quito.

Barcelona are two points further back in fourth position courtesy of a 3-1 win at second-bottom Manta, who have lost six of their past eight games.

Lowly Mushuc Runa made it three wins on the bounce, upstaging Universidad Catolica 1-0.